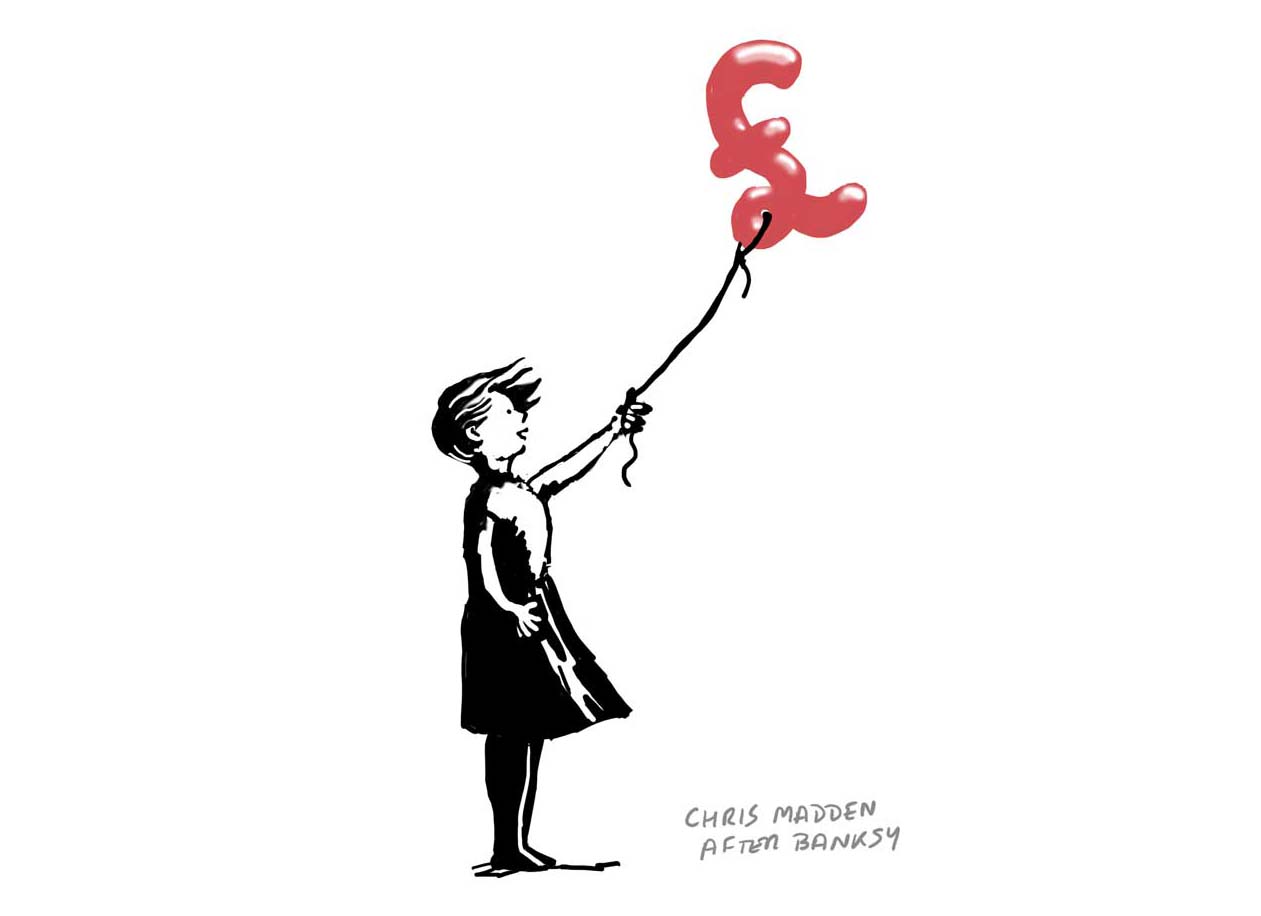 A parody of Banksy’s Girl with Balloon image, with the balloon replaced by a £ sign.

The image was inspired by the sale of the version of Banksy’s Girl with Balloon that shredded itself immediately after it was sold at Sotheby’s for a very large sum of money, thus increasing its value even more.
Was the work intended to be a protest at the nature of the contemporary art market? And was the fact that the piece immediately increased in value following its shredding part of Banksy’s plan, and a deliberate dig at the art market? Also, was the piece actually supposed to go all the way though the shredder and end up as a pile of spaghetti on the floor but for the fact that the shredder jammed?