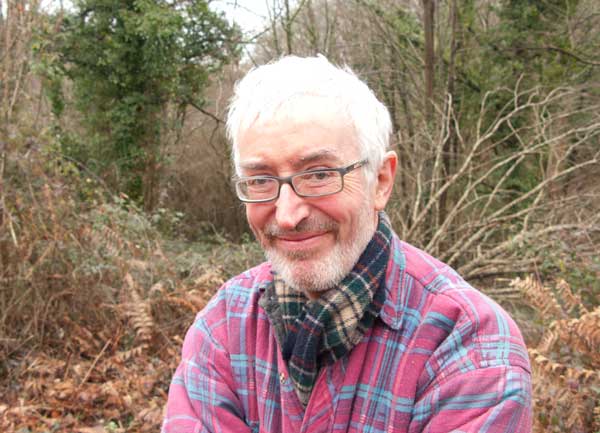 A strong interest in the environment resulted in a book of cartoons on the subject, When Humans Roamed the Earth, being published by WWF (the World Wildlife Fund) in 1991. I've also published another book on the subject, The Beast That Ate the Earth, in 1994.
I worked regularly for the Guardian newspaper in the 1980s and 1990s and for several BBC science magazines in the 2000s.
I was the resident cartoonist in Philosophy Now magazine for twenty or so years from 1990 and I contributed a weekly cartoon on gardening to the Irish Sunday Independent newspaper for the same period.
For several years in the early 2000s I produced a regular cartoon strip for the journal of the Royal Society of Chemistry.
My work appears in numerous educational and academic publications by publishers such as Oxford University Press, Cambridge University Press, Open University Press, Nature and more.
It also features in magazines such as Private Eye, the Spectator and the Critic.
My cartoons have also appeared briefly in feature films and on television. A protest placard of mine from the 1980s that featured a caricature of Margaret Thatcher as the Iron Lady appeared in the film The Iron Lady (a biopic about Thatcher), and several of my artworks adorned the walls of a house in the Channel 4 thriller Utopia.
I now split my time between cartooning, creating other forms of art (there's going to be an exhibition in Tremenheere Sculpture Gardens in 2022) and attempting to improve the environmental diversity of the land where I live just inland from Zennor in Cornwall.

Go to my cartoons